This BLOG is CLOSED

As a fan of baseball and the NY Mets, there comes a time when a parting of the ways is necessary and good.

Today is my final post for this blog as I have decided to spend my time and money on other endeavors and not to spend it on MLB.TV and the NY Mets or any of its blogs.

It stinks that the belief system, sprung from a free agency program that is so so so over priced and WRONG, creates the idea that when a team doesn't have enough to make a playoff spot the GM decides to trade players for "future players."

People say that if we can't win with what we have, we might as well look for something else and get rid of players who are at the end of their contracts....re-signing them probably isn't a good idea because these greedy bastards and their agents see only dollar signs followed by a lot of zeros.

Next year the Mets are scheduled to play Toronto in Toronto. I had thought about making sure I could fly out for the series and watch all three games--even though the American League plays a different and uglier brand of baseball then the National League--even though I have been unemployed for almost the entire three years I have lived in Canada as a permanent resident. But now I'm not interested.

I am a loyal fan and switching teams is not ever a solution. Leaving baseball is the solution I seek.

I truly hope that the Mets lose the rest of their games and leave the imbecilic owners and their general manager with a lot of players and no fans in the stands.

Major League Baseball is being run by a man who shouldn't even be a local cities' dog catcher. He has biases and instead of looking out for what is good for the game, Bud Selig makes sure the owners he likes are treated better than the owners he doesn't like. Look at his relationship with LA and NYMet's ownership to see what I mean.

I am tired of caring so much only to be disappointed by cronyism, bad business deals, over payed players, stupid decisions by GMs, overpriced tickets, over over priced concessions and the time I spend caring about something that is supposed to provide me with pleasure, but only makes me angry and bitter.

The NFL is no longer an interest of mine and I won't spend a plug nickel to watch any games.

There are so many more important tasks to do with one's time and money: traveling, hanging out with family and friends, enjoying the great outdoors, reading, etc....

I know my departure won't change one iota of the things I don't like about it, but I don't leave because I believe it will hurt the game. I leave because the game is no longer fun and has hurt and disappointed me.
Posted by Canadian Met's Fan at 2:25 p.m.

This is an day off for the Mets as they head to Milwaukee to begin a 10-game road trip, so I wanted to write a post about what I would do now with this team.

I am basing this more on players than finances. Though in some cases, certain trades would free up some money.

There are three players I would trade before the trading deadline: David Wright, Jason Bay, and Francisco Rodriguez.

David Wright has been on my trade radar beginning last season. I have mentioned in this blog and in comments I left on other blogs, that I really believe Wright is as good as he's ever going to be and though a clean-cut and likable person, he is still young enough that we could pick up some decent minor league prospects for him.

Jason Bay is a favourite of mine. One because I believe he's a good ballplayer who plays the game the right way--always hustling. Two, he's a Canadian from British Columbia, so he's my home town guy. But, sometimes a team or city and a player just don't click. I think Bay does not fit in with this city and a trade would allow him to find a new home and more on-field success.

Francisco Rodriguez was another of the Minaya mistakes. K-Rod is nothing more than an average pitcher. His statistics are misleading and as he's shown this year and last, he has a difficult time 'closing games out.'
I would think a team in the thick of the race would take the chance and agree to trade for him.

If all of this was accomplished, it would enable the Mets to offer Jose Reyes a multi-million dollar, multi-year deal. I would guarantee four years of the contract. Give Reyes a fifth year player option and the Mets a sixth year team option.

He is the spark plug of this team. He's an exciting player--probably the most exciting in the game right now. If the Mets lose or trade him, you would have to wonder why the Mets exist as a team.

The off-season would be a busy one for sure but this is what I see as the best first steps to making this a stronger and more competitive team.

Oh, and of course The Wilpons would sell the club

Let's Do The Right Thing

The argument that the New York Mets need to honor some of their players who were responsible for bringing the World Series Trophy to New York in 1986 has been made often.

And on the sad revelation that Gary Carter has inoperable brain cancer, the time to do the honoring is NOW. 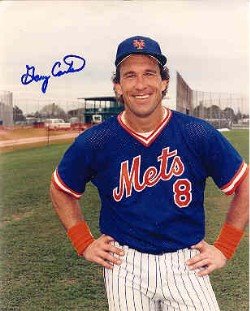 Gary Carter was the final piece in the puzzle that Frank Cashen put together during his successful tenure as the team's general manager.

Carter's first regular season game as a Met came April 9, 1985 at Shea Stadium against the St. Louis Cardinals. In the bottom of the 10th with the game tied at 5, Carter took a Neil Allen pitch and put it over the left field fence to give the Mets a 6-5 win.

I can remember the moment, like it was yesterday, Carter's fist in the air as he circled the bases. The Mets finished that exciting season in second place behind the Cardinals-- three games back.

Honoring Gary Carter and Keith Hernandez by retiring their numbers is long overdue, but it is a MUST that the ownership of this team give the fans and Gary a chance to thank each other and to celebrate what his addition to this ball club meant for the franchise and its fans.

The cancer Gary Carter is fighting has taken the lives of other baseball players and managers: Tug McGraw, Dick Howser, Dan Quisenberry and Johnny Oates.

It is aggressive and Carter will be undergoing chemotherapy and radiation to try and stop the growth of the tumors.

Those therapies in themselves wreak havoc on a body. So why wait for Carter to be unable to walk out to the field wearing jersey number 8 as it's retired to go up alongside 37,14, 41, 42 and Shea?

Do it now. Honor this man for the contributions he made to this franchise.

To delay or do anything less is unconscionable.

A wise fool is a quiet fool....Wilpons are just not very smart; they don't know a thing about running a business.
And they're going to be the reason why the Mets will flounder for years.

It's frustrating when the owner(s) show how ignorant they are about the team they supposedly love. 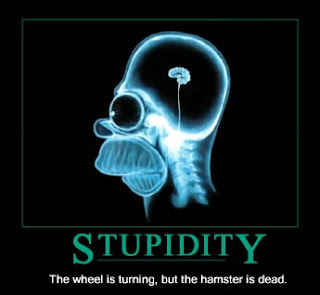 Even the way they had the Mets new ballpark constructed....The Mets never played at Ebbets Field.
I admire and respect Jackie Robinson but he played for the Brooklyn Dodgers not the Mets, so why is the rotunda named for him?
It wasn't until after the first season at the new ballpark that they started making changes to reflect the history of the team that does play there.
Pathetic and even worse is the fact that Bud Selig refuses to step in and put MLB in charge of the team as he did with the LA Dodgers. OH, that's right....Selig despises McCourt and Selig and Wilpon go back 30 years together.
Unreal. Sad.
Posted by Canadian Met's Fan at 12:46 p.m.

After game comments by Mike Pelfrey: "We let it slip away, and it's on me more than anybody, but we'll be fine."

I have to disagree. It doesn't add up. When during the season do we stop saying, "we'll be fine?" and realize that though we have talented players, they're not consistent, can't seem to put teams away early or late.

Take the second game of the series with the Mets having loaded the bases early and only scratched out two runs. They need to PUT THE HAMMER DOWN. When a team puts up a 4 or 5 or 6 spot early in the game, the whole complexion of that game changes--for the better.

But by only scoring a couple of runs, it's easy for the opponent to realize that they have 27 outs remaining to tie and then go ahead.

It's frustrating to hear players say things that come across as casual. Obviously they can't be quoted in the paper saying things that sound panicky but saying, "we'll be fine." is almost like an advertiser misleading the public on how much a sale will save the consumer.

It's not true and the fans of the Mets don't really buy it.

Whether you're a little leaguer or a major leaguer, the game of baseball always comes down to pitching. Those that have the consistency and depth in their pitching staff will succeed, those that don't---well you lose 9-3.

This year continues to be one of teasing. The Mets get a little hot and get back to .500 and then slip a couple of games under.

Up next: The Chicago Cubs in Wrigley. Two night games and then a day game.

The Mets need Jonathan Niese to continue where he left off in his last outing. It would appear that the only outcome that will be considered a success is a sweep. And it's doable against the Cubs. 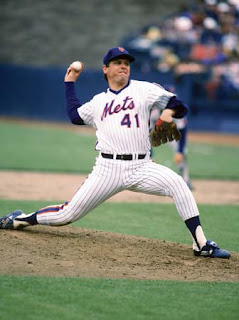 Canadian Met's Fan
A member of the writing team at Writing It All.